Comac until the end of 2014 will be on the side of art, a special art, even more special because it is made by the children in care at the Department of Child Neuropsychiatry at the Hospital Giovanni XXIII in Bergamo. Though supported by a valid artist like Luca Santiago Mora, helped by internationally renowned artists , the real stars are the children and their works. 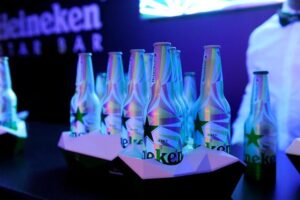 Art: this ever evolving world, very important and fundamental to our personal and spiritual growth, is always looking for sponsors who will finance the construction.

And among the sponsors, often, there are also the brewers.

On February 23, 2014 in Madrid ended the historic event of contemporary art called “ARCO Madrid” which, for the 4th year in a row, saw Heineken Spain among the main patrons.

Since 2011, Heineken has been sponsoring a special award , the CA2M, dedicated to young emerging artists and has been organising Art Party Heineken, a well-established event for art and beer and new trends lovers: this year the event took place in a building of the nineteenth century, the Palace of Fernán Nuñez. But this year, Heineken, following the example of other events dedicated to the art, such as the famous Frieze Art Fair in New York, has chosen to work with top chefs to give the participants no longer trivial foods but street foods of high quality. The event took place under a large tent, with people sitting on wooden benches in front of long tables as in the best traditional festivals.

The beer was served in artistic bottles “Designed for the Night”, specifically designed for Heineken by an American artist called Matt W. Moore.

But we can not mention J.C. Jacobsen founder of the famous Carlsberg brewery, who was himself a philanthropist and an avid collector of art: Carlsberg, always by the side of innovation in all its forms and by the side of who knows how to look at reality from different points of view able to grasp what is really authentic and original, for years has been sponsoring several events related to the world of art. In May 2013 Carlsberg Italy was the main sponsor of “WHO ART YOU? 2”, an international competition for emerging artists.

Another Italian example: the first headquarters of the Peroni brewery, located in Testaccio, in the very heart of Rome, became itself a museum, MACRO, which celebrated the history of the very Italian brewery in a photographic exhibition which was held in the last months of 2013, being a hit with the public.

And what about the MENABREA ART PRIZE Award launched to support young emerging artists, in collaboration with Birra Menabrea, Untitled Association and Roma art2nights: in 2013, Diego Marcon, a 28-year old fartist rom Bergamo, was awarded for its originality and quoting the words of the jury in during the ceremony:

“Instead of creating immediate and easily recognizable label , the artist invites people to use the beer as a meeting, curiosity, discovery and sharing place. The crossword puzzle which by its nature is both image and text , becomes so compelling and original interpreter of Birra Menabrea.”

And moreover, the “Maggia Prize”, dedicated to the memory of the architect Federico Maggia from Biella, once again sponsored by the historic craft brewery Menabrea, that has its headquarters in Biella. 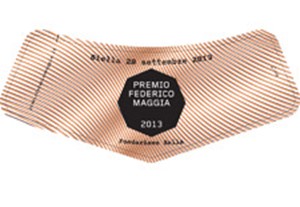 Even the craft breweries, not only the Italian ones, but at international level, often rely on young artists for the realization of their labels for the common desire to research, innovate and experiment with new roads, new tastes, new ideas.

Do you know any breweries collaborating with art?

“The Street Performer”, a sculpture by Salvatore Perchinelli, is on exhibit at Comac

When communicating means being able to tell: the “open story” by Giorgio Donadoni